This year, the Singapore Police Force (SPF) commemorates 200 years of policing. The SPF is one of the oldest government organisations in Singapore. We started off as a 12-man team in May 1820 to police a trading post and progressed to become one of the finest police organisations, safeguarding one of the safest cities in the world.

Since the introduction of Police National Service (PNS) in 1975, PNS Officers, like you, have been deployed alongside regular officers in frontline and frontline support vocations such as Ground Response Force Officers, Protective Security Command Troopers and Community Engagement Officers.  PNS Officers have also been involved in many major operational deployments, including the historic Trump-Kim Summit held in Singapore in June 2018.  PNS Officers can certainly be counted on to execute their duties professionally and there is no doubt that PNS Officers have played their part in making Singapore one of the safest places in the world.  I am privileged to be working with many PNS Officers throughout my career and am proud to note that PNS Officers are an integral part of the SPF Family. 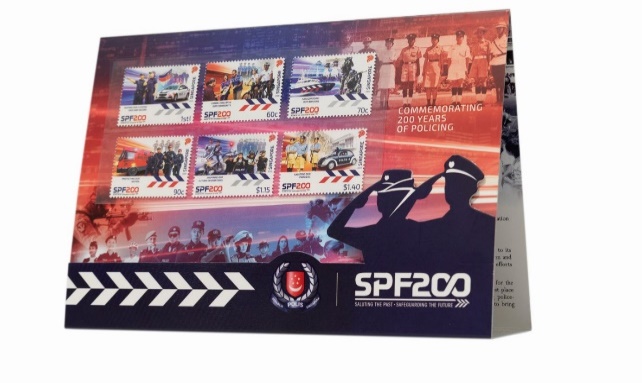 President Halimah Yacob unveiled the SPF200 commemorative stamps at the official launch of the Police Bicentennial at the OCBC Square at the Singapore Sports Hub on 11 January 2020.

The Singapore Police Force (SPF) collaborated with the Singapore Post to produce a set of six commemorative stamps to mark 200 years of policing in Singapore this year. The stamps feature the various police vocations and highlight the strong police-community partnership that keeps Singapore safe and secure every day, as well as pay tribute to SPF’s pioneering officers who had laid a strong foundation for future generations of officers to build on.
PNSmen are eligible to one exclusive SPF200 commemorative stamps presentation pack that can be folded into a display standee from February 2020. This exclusive presentation pack is not available for sale to the public. The public can purchase other SPF200 commemorative stamps pack designs at Singpost outlets. 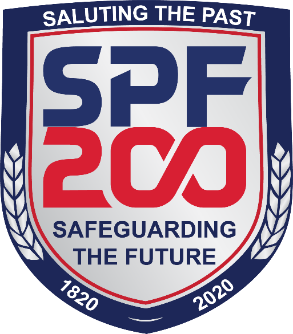 The SPF200 commemorative badge is designed in honour of the Force’s 200 years of policing history in Singapore. When worn, the badge reflects the pride all of us have in our profession and as one Force.
Only PNSmen who are recalled and deployed in 2020 will receive the SPF200 badge as it will have to be worn on Police uniform in 2020. 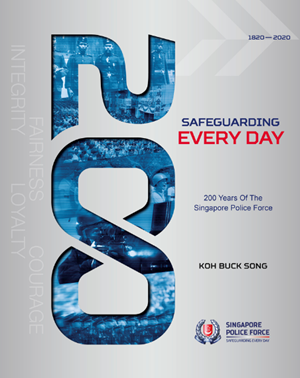 Safeguarding Every Day: 200 Years of the Singapore Police Force”, written to commemorate 200 years of policing in Singapore, tells the bicentennial heritage of the SPF - from our rudimentary founding in 1820, through the colonial era, to internal self-government and briefly being part of Malaysia, and to the professional police force ensuring Singapore’s safety and security today.
The book also highlights the visionary leadership of the Commissioners, and the stories in this book aim to encourage and inspire the next generation of Singaporeans to continue in their commitment to keep Singapore safe and secure for many years to come.
The Prime Minister will officially launch the SPF200 commemorative book at the SPF200 Parade and Show on 7 November 2020. PNSmen are eligible to request for a hardcopy of the book. An electronic version of the book will also be available for download from the SPF website.

For PNSmen who are not recalled and deployed for duty in 2020, they can make a request to their Units PNS Branch for the commemorative stamps set and book.

As we commemorate the Police Bicentennial, we seek to engender a greater sense of mission among our officers through care for the less fortunate in the community. PNSmen are encouraged to give back to the community by making donations to Community Chest, which SPF has supported as part of our community social responsibility programme since 1988.  All donations will go towards empowering the lives of our social service users. We look forward to your generous contributions for a good cause.

Contributions can be made online through https://www.comchest.sg/SPF200 or by scanning the following QR Code at the bottom of the page. Rallying behind the Guardians of Our Skies