Fresh from the glory of winning the men’s doubles gold at the 29th Southeast Asian (SEA) Games in August, SC/CPL (NS) Pang Xue Jie’s journey has been about having the guts to go after his dreams. Not only did the national table tennis player put his studies at the Singapore Management University on hold for the sport, he also launched his medal bid just six months before the big competition. Earlier on, Pang had put country before self when he stopped regular training in 2014 to serve NS. Returning to and coping with the intensity of training at the national level was literally a different ball game. Here, he talks about perseverance, coping with pressure, and how NS has helped him chase his dreams.

You set a target and work towards it. When you succeed, it gives you a lot of confidence going forward.

What made you pick up table tennis in the first place?

My whole family plays table tennis, so it’s a family thing. I started training properly about five to six years old. When I was younger, I was always following my two elder brothers and watching them train. They were in the national youth team. My parents were both national players who met through table tennis.

What made you decide to put your university studies on hold for table tennis?

Not many players were left in the men’s team at that point in time, so there was a very good chance for me to be put at the forefront as a core player. I felt there was still something left in me, and wanted to give it a shot and try it out for at least a few years.

How difficult was that decision?

There was a lot of resistance from my parents, especially my mother, but slowly they accepted it. And after they came around to it, they were very supportive. 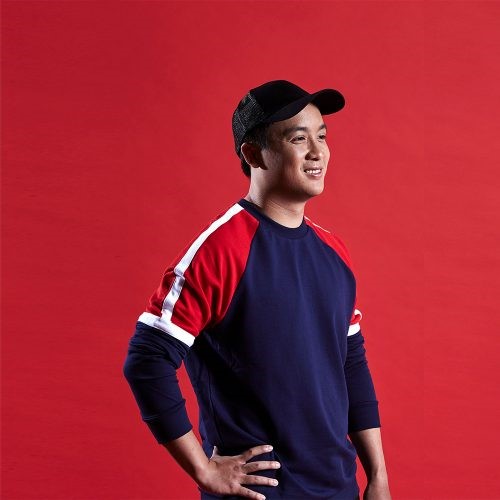 What are your personal targets for the coming year?

To get a medal at the upcoming Commonwealth Games in April.

How do you handle the immense pressure that comes not with the sport, but also Singaporeans' expectations?

I don’t think too much about other peoples’ expectations. I focus on the targets and goals I set myself. That’s more pressurising than what others expect of me.

How do you keep yourself going when you feel burned out?

Table tennis started because of my family. It has slowly grown into a personal desire to get better at this game, to be the best in this region, and then to be known on an international level. It’s for personal gratification, really. You set a target and work towards it. When you succeed, it gives you a lot of confidence going forward.

Has NS made things more meaningful for you? How so?

Since every Singaporean male has to undergo NS, one might as well make the most of it. I got to know how the police force works. It’s not easy being a police officer. My friends on the frontline share a lot of interesting stories about stuff they have to deal with, and I’ve come to really appreciate what they do.

How has your NS experience contributed to who you are today?

The discipline honed through training, learning to follow instructions, developing punctuality, your expectations of yourself, others’ expectations of you, the drive to not let others down, and the regimented lifestyle – they remind me that it’s not always about me.